France will be many people's pick to lift the trophy, but every time they have reached a World Cup final, they have crashed out at the group stage of the next edition. 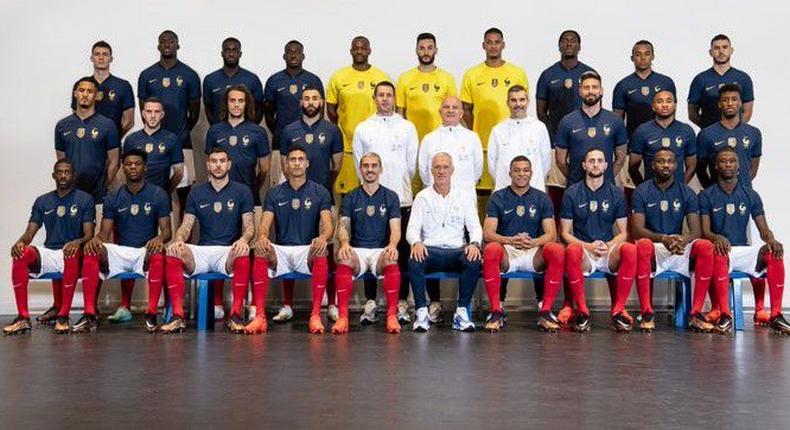 France are among the favourites to win the Qatar World Cup, but with a heavily changed squad from 2018, they’ll be hoping to avoid repeating the last time they attempted to defend the World Cup in 2002.

On that occasion 20 years ago, at a World Cup also held in Asia, the French team was hampered by injuries to key players and ended up leaving in the first round.

If they are to avoid a repeat of their worst World Cup journey in two decades, they will need star players like Kylian Mbappe and Karim Benzema to step up.

France qualified for the 2022 World Cup like the champions they are after finishing top of UEFA qualification Group D, which also included Ukraine, Finland, Bosnia and Herzegovina, and Kazakhstan.

They finished unbeaten in the group with five wins from eight games and conceded only three goals while scoring 18 themselves, including eight in their 8-0 win over Kazakhstan.

France are the defending champions of the World Cup after winning their second title in Russia in 2018, where they dominated most teams on their way to their first title since they won their first on home soil.

With legends like Zinedine Zidane, Thierry Henry, and current manager Didier Deschamps on the side, France won their first World Cup tournament in 1998, putting an end to years of near misses and being called underachievers.

They will be hoping for a better title defence than their 2002 debacle, which saw them leave the tournament in the group stage. They lost to Senegal and Denmark, drew against Uruguay, and went home with one point and no goals scored. Possibly the worst title defense in World Cup history.

France’s team is one of the most star-studded at the Qatar 2022 World Cup, and it is no wonder that they are labelled as one of the favourites for the tournament. France squad in training ahead of the 2022 World Cup AFP

Their squad list is full of household names like Benjamin Pavard, Kylian Mbappe, Ousmane Dembele, Raphael Varane, Jules Kounde, Aurelien Tchouameni, Antoine Griezmann, and Olivier Giroud. The team is also captained by Hugo Lloris, who is set to break Lilian Thuram’s all-time record for appearances for France if he plays more than twice at the World Cup.

While there are several experienced players in the squad, France have also been forced to call up a number of players with little international experience. They have called up 11 players with fewer than 10 international appearances, most notably Real Madrid’s Eduardo Camavinga and Monaco’s Axel Disasi, who might make his debut with the national team in Qatar.

Injuries have been unkind to France, who miss out on the services of N’Golo Kante, Paul Pogba, Presnel Kimpembe, and Mike Maignan. They also had to replace Christopher Nkunku, who was in their original squad but got injured in a training session with the national team after the squads had been announced.

See the list of every country's World Cup squads here

No French player is in better form than PSG’s mercurial forward Kylian Mbappe, who has scored 19 goals in 20 matches for PSG this season while providing five assists in all competitions as well. In the 2018 World Cup, aged only 19, Mbappe was France’s talisman and became the first teenager since Pele to score in a World Cup final. He scored a total of four goals for France and was named the best young player as he claimed yet another major trophy for his collection.

Partnering Mbappe upfront will be Real Madrid’s Karim Benzema, the current best player in the world according to the Ballon d’Or.

He had a sensational season in 2021/22, where he scored 44 goals in 46 games, including 15 in the UEFA Champions League, as he carried Real Madrid to a league and cup double. In 2018, Deschamps became one of only three people to have won the World Cup as a player and a manager, and now he will be looking to go one step further by defending the title.

Despite his naysayers, odd squad selections, and often-questioned tactics, Deschamps still has an impressive record with the French national team.

If France win the World Cup in Qatar, they will be the first team since Brazil in 1962 to successfully defend the cup, and they are backed by the bookies to do just that.

They are the third favourites to clinch the trophy, trailing only Brazil and Argentina, and have been given odds of 8.00 to go all the way.

Best Oldest Newest
Write the first comment for this!